We have been playing a lot of Modern lately in hopes to prepare for the Grand Prix event which is happening on July 25th weekend in Worcester, MA. I have played with a huge variety of different decks online to reacquaint myself with the Modern metagame. I am well known for my love of the GBx Midrange archetype, commonly of the Jund or Junk variety, but for this event, I have decided to try to live on the other side of the color pie, and have joined forces with Legit’s own Jason Clark, and Larry Swasey in championing a UWR Midrange deck showcasing Geist of Saint Traft. None of this information should be of any surprise to those of you that follow the stream with any regularity of course, but I thought I’d set the stage for the episode. This week and over the next few, I will be playing the deck through different matches and queues. This week, I opted just to jam some 8 mans, as the 2 man queues right now are basically ticket incinerators. Here is the list as reference, again, for those of you that are uninitiated.

This list is very nearly the precise 75 that I will be sleeving up for Boston. The numbers have been in flux, and many of the cards have been up and down in number, in and out of the side board or main deck, or cut altogether. Some examples of cards we tried are:

Ajani Vengeant: 4 Mana Walker good vs control or Tron, mediocre against midrange, and terrible against aggro. The better

option of the Walkers with bolts attached, but still too often bad when you are behind.

Elspeth, Knight-Errant: 4 Mana Walker, endless chump blockers, will inevitably take over a game, and jumping a Geist is the bomb. Unfortunately, double white can be tough to hit on time, and ultimately, if you have no Geist, making 1/1 each turn is very unremarkable. Bad when behind.

Thassa, God of the Sea: This card worked really well in the Geist Zur deck that Larry was championing before the Deathrite Shaman ban, so it was worth a shot. Could sometimes be turned on, but ultimately a scry each turn combined with unblockable Geist was appealing. In execution, we have a million 3 drops and Thassa does not proactively help us kill the opponent.

Cryptic Command: We started our lists with 3, went to 2, then 1, then 0. Ultimately, we tested re-adding one, but again, it turned out to be too tough on the mana for it to be relevant consistently.

Venser, Shaper Savant: This was a saucy short term testing card, which in concept, interacted well in a number of matchups, and had good synergy with our deck. It has flash, and blinking Venser with Angel seems like an all expenses paid trip to Value Town. Being Legendary also was a benefit given the Eiganjo Castle in our deck. Was a good option, but ended up being fragile.

Inevitably all of these ended up being worse than Batterskull. We liked the sword due to the critical volume of fliers in our deck, but it felt fragile, and was a terrible top deck. Batterskull and it’s Living Weapon ability really tipped the scales for us. It was a 2 of in the Sideboard for so long, and was coming in so regularly, that we decided to just give it the slot.

The Sideboard is perfect currently, given the state of the expected metagame. Jason will cover sideboarding and game plans vs expected field in his article this week, so please check that out to answer your questions there. The main addition that I had to it is the addition of Pillar of Flame. Our previous game plan against Melira Pod involved us turning into a threat light, board control deck post board. It ensured that the games were longer, more grindy, and ultimately, playing right into the opposing game plan. I found that most of my game ones vs pod I was winning, as Geist can be excellent when your spells remove all of their creatures, and they lose a lot of life to use pod liberally to dig for answers. We were deep on Anger of the Gods being “the answer” as Voice of Resurgence and Kitchen Finks are by definition excellent against a 2/2 ground pounder, hexproof or not. Pillar was the answer we were looking for. Pillar allows you to remove those troublesome threats efficiently and permanently. I have pillared a Voice on turn 2, cast a Geist of Saint Traft, and then used a Snapcaster Mage to rebuy the Pillar on the Kitchen Finks the opponent cast to try to block. Without living in fear of these creatures, you can continue to deploy Geist vs Pod, ensuring a quick clock, which becomes very difficult to deal with when they have no creatures.

Here are the games from this week. We played against Mono Black Torpor Orb( yeah…. I know…), Burn, GW Hate Bears, and then Living End.

The match vs GW was a very interesting one full of great lessons to learn. Not the least of which, was the power of an unchecked Leonin Arbiter. GW Hate Bears has been quickly rising prominently to a tier 1 deck status, not only on MTGO, but here in Canada also, as it has won both of the Eastern PTQs so far this Modern season. I fully believe that most of the power of this deck is sorely underestimated, as

the goal to beat down with a critical mass of 2 power “Bears” sounds lofty at best by the unfair standards of the Modern format. What people take for granted however, is the ability to reliably use the tools in your deck to accomplish your own goal of winning the game. As I was quick to find out this week, if GW is doing it’s thing properly, your tools quickly become useless in your hand, as spells you want to cast quickly become impossible to cast with no lands or increased mana requirements, and the creatures you do get into play are quickly and efficiently removed, for no benefit. Ultimately, there is one major reason for the problems arising, and that is Leonin Arbiter. It might seem like a 2/2 is “fine” and you can “deal with it later”, but take my word for it, KILL ARBITER IMMEDIATELY. Not only does GW play Ghost Quarters to punish a greedy mana base, but Path to Exile as removal for creatures. Leaving a harmless 2/2 seems like a simple enough problem to solve, but Exalted triggers and multiple Gavony Townships make even that a losing proposition. Don’t fall for the trick!! Free your library from the Leonin dominion as soon as you can!

That’s all for the lessons this week, but next week class is in session again! I will be joined by UR Twin and Modern Master Glenn McIelwain for some clinics on UR Twin, what it does, how it works, and most importantly, how to beat it effectively with UWR Geist.

Don’t forget that playmats are available through the stream page, and from me directly in Boston at the GP. Here is the artwork below for your enjoyment, brought to you by the wonderful contributors to my stream: Polish Tamales, Matty Studios, The Proxy Guy, and Sign in Blood! Show off in style and play on the overlay that I use for my stream!! 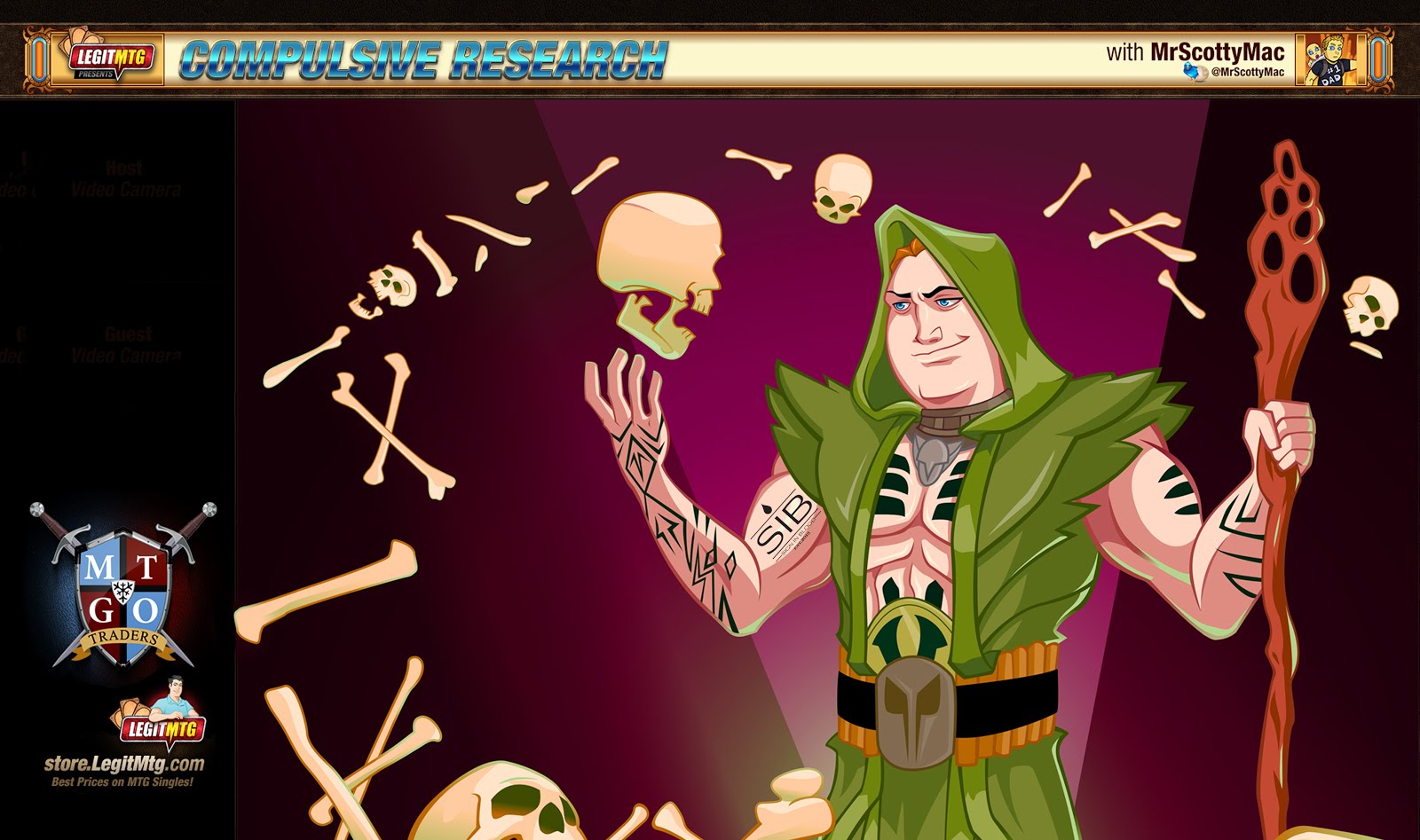