Gosh last week I wrote about a sweet Bounty of the Luxa and Approach of the Second Sun control deck that allowed me to do some pretty sweet things in Standard, and this week we are going to remove the green from the deck and look at a Blue White control version that uses the seven mana sorcery to snatch victory from the jaws of defeat. I have had a great time playing with the card in Standard and the UW version really grabbed my attention when I was watching coverage of the tournament.

I think what really jumped out at me the most is that depending on which version you want to play, you can have a Standard deck for between 60 and 100 tickets on MTGO, and while some people turn down their noses at a budget list, this powerful control deck is a fantastic choice for the format!

I went with Shong Lo’s build of the deck for two reasons. I thought the Jace, Unraveler of Secrets, Negate and Sphinx of the Final Word would allow me to trump any kind of other blue based control, and I did not have the resources with which to purchase the Torrential Gearhulks that I would need for Dan Ward’s build.

The decks are not that far off from each other. They share a lot of the same cards, They each play 51 of the same main deck cards. Let’s take a look at what they share.

I actually think that Dan’s main is a little bit more correct. While I am not a huge fan of the Unsummons or the Blighted Cataracts, I love the copies of Aether Meltdown. Stasis Snare is a good card for sure, but it’s a bit harder to cast, and it comes into play a turn after the Meltdown does. Snare is better against Hazoret the Fervent to be fair, but Meltdown is quicker in dealing with the threats of the red deck. I love Essence Scatter over the Unsummons, and would have to find room for a Jace in Dan’s build, but it might be easier to swap out the Snares with Meltdowns in Shong’s main deck. The Port Town has been a small liability for me in some games, so maybe the Cataract is right in that slot as well.

The Sideboards are a lot a like as well

The both play the same sideboard cards as shown here:

Dan opted for 2 Torrential Gearhulks and 2 Hour of Revelation.

Shong went with 1 Negate, 1 Sphinx of the Final Word, 1 Quarantine Field, and 1 Regal Caracal for their final four slots.

I am honestly wanting to cut the Field as it has not performed well for me at all. I can see switching that out with a Gearhulk. I think getting the second copy of the flashy artifact creature in the board could be important, but I am not sure what I would shave off to get it there.

Now before I get to the decklist and the gameplay, I have some words on Censor. I am going to write these words knowing full well that this card cycled me into a win that I had no right getting, and it’s a good Magic: The Gathering card.

Stop playing Censor in this Standard format. It is more often than not a one mana cantrip that might trip your opponent up. It is rarely an answer, and while it sometimes might find an answer, just having more copies of that in your deck instead of Censor should do it. For control in this format it’s about surviving, and Censor doesn’t actually help you survive to get to that point.

I crushed the red deck earlier today, but only in the post board games because I had useful stuff instead of Censor. You need to maximize the potential of each main deck card in your starting sixty, and I feel that Censor does not allow you to do that.

These are all cards I would rather have in my deck over Censor:

They would each do just as much work, and I would get to replace them basic lands if I took it in to a tournament.

Also Melomelody of the Brass Djinn shows off what I can only assume is the greatest tuba the world has ever seen. 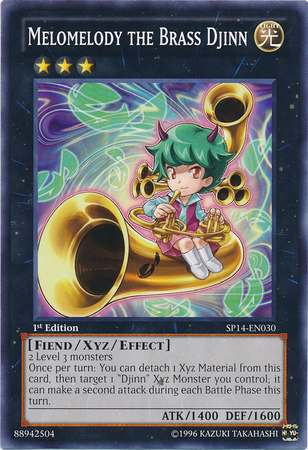 Anyways, let’s look at the decklist I played in this here video.

Here is the deck in all of its gameplay glory!

Next time I will write about another real cool deck, and hopefully it won’t have a seven mana sorcery in it. Or maybe it will, I mean are still three other color combinations that I could try the card out in!

Thanks for stopping by!