Mike Keknee is a Magic grinder from the Columbus area. He has managed to put together a solid resume with four StarCityGames Open top 8s, including a win, as well as a Pro Tour appearance. He is also a co-host of the At Your End Step podcast available on iTunes and MTGCast.

The first weekend in August marked the 51st annual Gen Con gaming convention in Indianapolis, Indiana. If you haven’t made it out before, I suggest making the trip to this amazing celebration of TCGs, tabletop games, RPGs, and more. With an estimated attendance of 60,000 this year, it’s safe to say that Gen Con is a massive party for the industry. One of the best things about attending Gen Con is that many companies debut their latest and greatest games onsite. One of the games I got to see firsthand was the new TCG from Wizards of the Coast, the Transformers Trading Card Game.

Now truth be told, I was at Gen Con more for the Magic. They were celebrating Magic’s 25th birthday complete with cake and an exclusive Limited Edition Beta draft. It was pretty awesome to see a number of Wizards employees around celebrating many formats and players. The draft was exciting to watch as well. Sadly, about a dozen of these (delicious) cupcakes were all I walked away with. 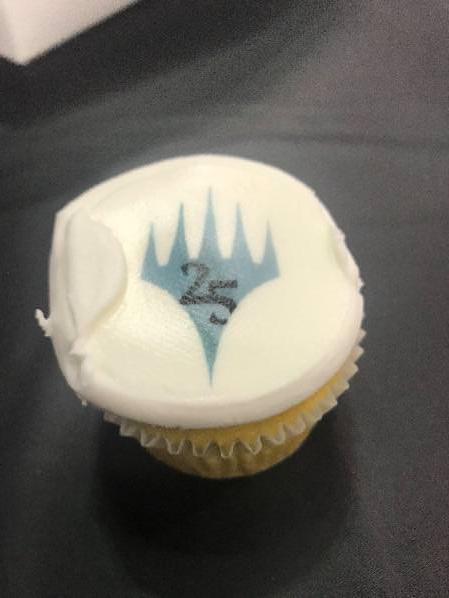 I did receive an email from Wizards of the Coast asking if I would like to interview Mr. Drew Nolosco, Transformers Trading Card Game Brand Manager, about their upcoming TCG. They understood that I wrote for a Magic outlet (this one, ding!) and podcasted about Magic (this one, ding!), and still invited me to sit down for the interview. Long story short, myself and fellow LegitMTG writer Jordan Kennedy both bought starter decks shortly after talking with Mr. Nolosco.

The game itself heavily focuses on the Transformers themselves, which of course isn’t surprising. To hammer home their importance however, the cards representing Transformers are oversized. They are comparable to the oversize commander cards that have been released in years past.

The Transformer cards also have a star rating on their “Alt Mode” side. Alt Mode generally means car/plane, while Bot Mode is fairly self-explanatory. Your team must consist of a combination of star ratings that equal to 25. Teams are also able to consist of any type of Transformer. That means that Autobots, Decepticons, and Dino Bots all live in harmony here. 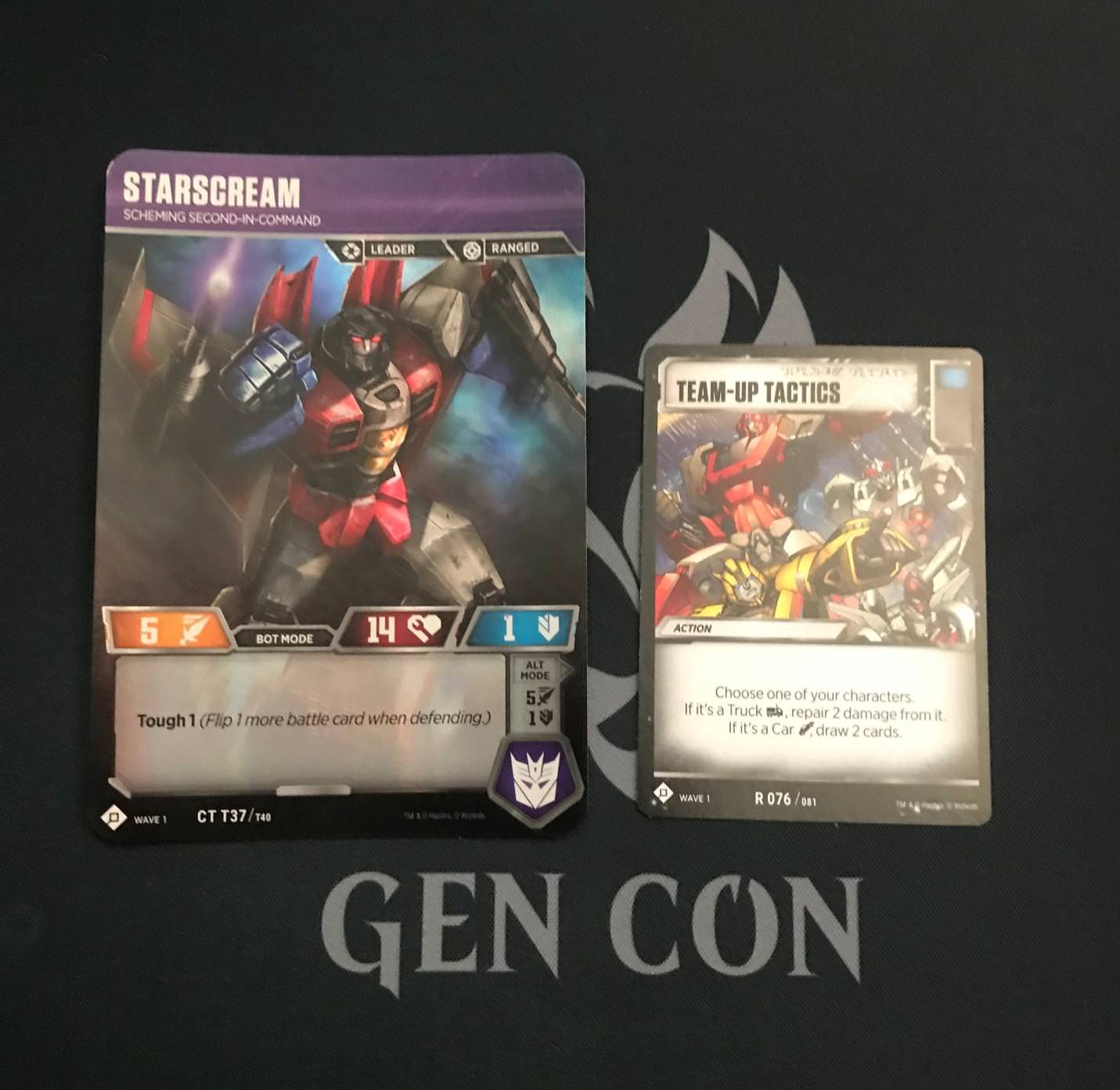 In this way, the game almost feels like it has a miniatures component to it. The Transformers battle each other until one person’s team has been eliminated.

More Than Meets the Eye

Overall, the game is fairly simple to play. I am not going to give the entire rules system here, though it can be found online here. Mr. Nolosco also showed us the early build of a companion app for smart phones that will be very helpful for collection keeping, damage tracking, and looking up quick rules questions. One very cool thing about the learning process is that there are tutorials that are taught by Optimus Prime and Megatron in the form of short videos. Additionally, there are two play modes. One is very simple to teach new players, especially children. The other mode goes deeper for those wanting a more advanced experience. Mr. Nolosco made it clear that he wants Transformers fans who grew with the brand to be able to share it with their children.

New and Yet, So Familiar

For Magic players, there are some things that will immediately make sense. Characters are tapped to attack. You have a hand and you draw a card each turn. Cards in your deck either act as actions (sorceries) or as a form of upgrade (think auras). The regular sized cards also have colored modifiers on the top right (as seen in the picture above). When a character attacks or defends, they flip two cards from the top of your deck and add the appropriate modifier to their attack or defense. This makes your deck feel a little ancillary, but it drives home that the Transformers themselves are the whole show.

The attacking system is, in my opinion, the biggest draw to the game. Characters do not untap until all of the Transformers (yours and your opponent’s) are tapped. Characters may only attack tapped bots (unless none are tapped). This leads to a chain of attacks where you must decide which bot to leave vulnerable and which to attack with. Characters can get stranded depending on what actions players use, so the thought process on ordering your attacks is incredibly deep. Halfway through the first real game that Jordan and I played, I realized that I had punted very hard by not considering my attack order more carefully. It was an exciting moment because I realized how much depth the system had.

In addition to this, the Transformers, of course, have two modes. The cards are printed in a double-sided fashion, much like cards with transform in Magic. You can flip a character once per turn. The characters have different aggressive and defensive stats depending on which mode they are in. Additionally, many of them have triggered abilities that you want to consider across multiple turns. For example, here is Optimus Prime from the first starter deck.

The character starts in Alt Mode, as mentioned, and Optimus Prime wants to keep going back to Alt Mode. You get to draw a card each time this happens. These triggered abilities really add some nice depth. Additionally, setting characters in the right mode is critical to surviving powerful attacks. 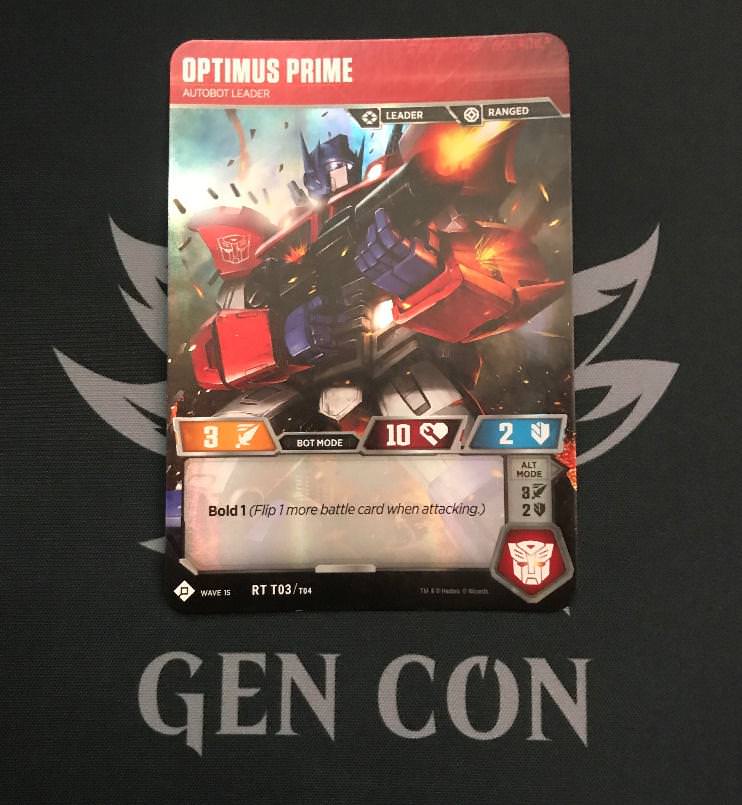 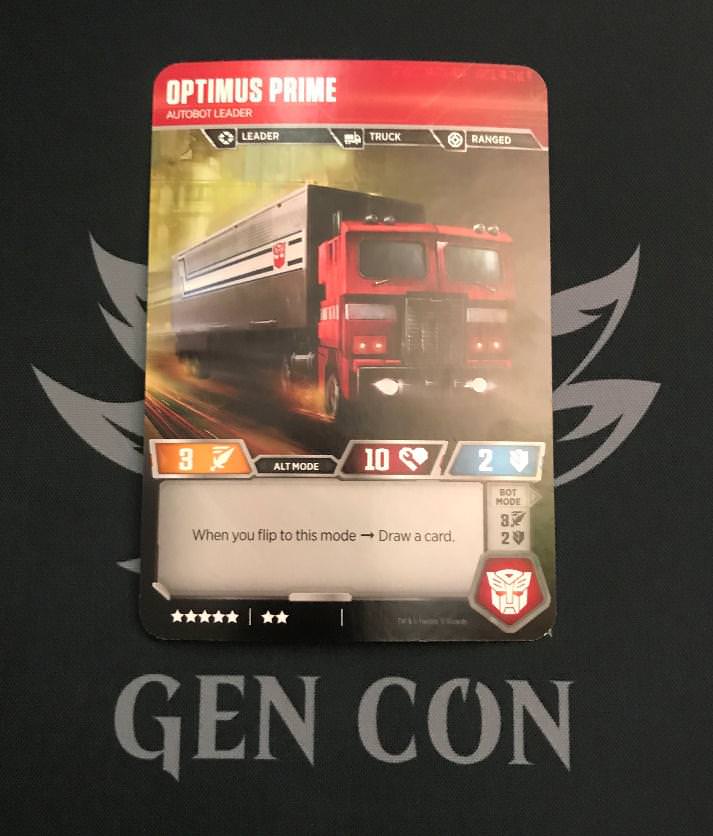 One of the things that Mr. Nolosco was most excited about was how much the game delved into the lore. This is really apparent in how they are handling popular characters who have had multiple stories told about them. Much like in Magic, the Transformers have titles that indicate which version of the character you are looking at. These characters are legends, but you are seeing a different version or variant of them. For example, here are two versions of Bumblebee. 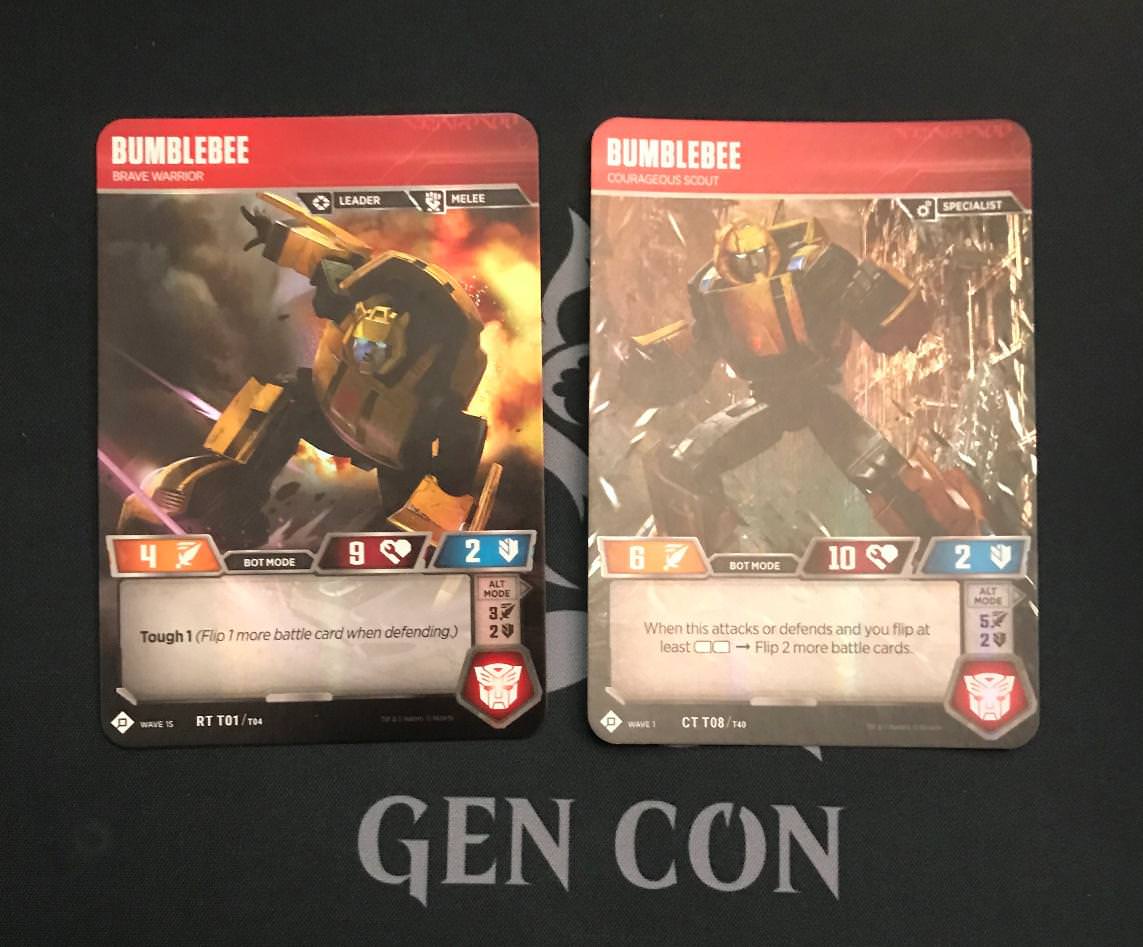 One of the examples that Mr. Nolosco gave me was a character called Ramjet. Now I am no Transformers lore aficionado, but I can appreciate when a card tells a story. Mr. Nolosco described the character as a bit of an idiot. He turns into a plane and just runs into other bots. The wiki for this character says, “What can really be said about someone whose only idea of strategy is to smash into things with his head? In Ramjet‘s defense he’s specifically built to survive such midair collisions and his prey most definitely is not.” So how is this specific strategy illustrated on the card? They made an airplane be a melee fighter instead of a ranged fighter (Shown in the top right of the card). It’s hilarious and subtle, but those lore-driven fans are going to love it. 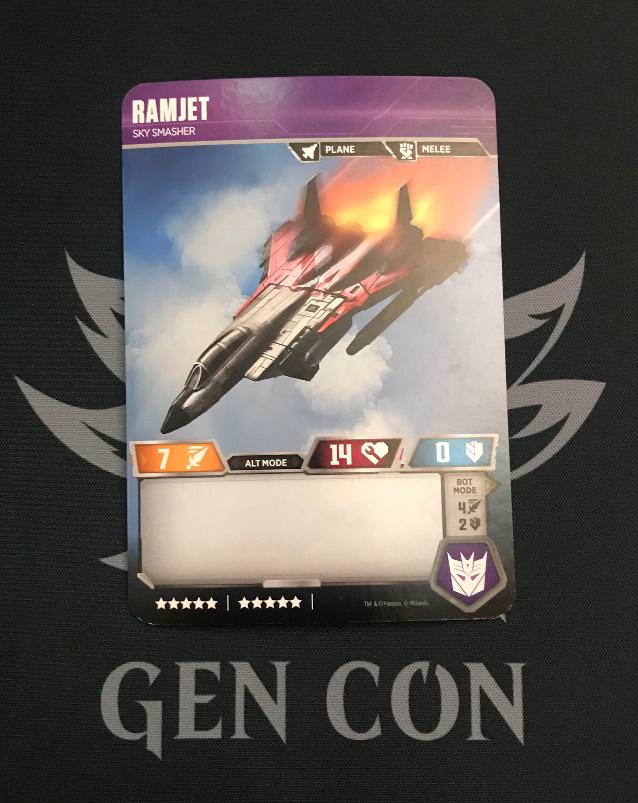 Beyond this, the game really looks gorgeous. The art on both sides of the Transformers are impressive, and the playing cards all utilize art from the IDW comic book series.

I do still have some lingering questions. For example, why is one side of these giant cards foil? Warping is a problem, and you probably won’t find oversized sleeves at your local game store. The large size also makes transporting (ironic really) these cards a bit tough. The game doesn’t actually release until September though, so I have no doubts that we will be getting some unique deck boxes and hopefully sleeves. As for gameplay, I wonder if they can make enough cards to make deck building as interesting as assembling your team. You essentially discard most of these cards and reshuffle your deck multiple times in a game. The downside to making the bots so important, is that the other cards feel like filler. I have only played with a starter deck though, so again, I am confident deck construction will be better.

Overall though, I am a pretty casual fan of the Transformers IP, and I immediately bought the starter deck because the game felt deep. I believe my group of friends left Gen Con with 6 starters to jam against each other. The lines each morning to buy promos and demo the game certainly indicate that there’s certainly something to this game beyond being Transformers. The passion the Mr. Nolosco exhibited while discussing this game is the passion of a true fan who has the chance to bring something special to fans everywhere. I certainly recommend picking up the game with in releases next month.

If I have to be honest though, they had me at Starscream.