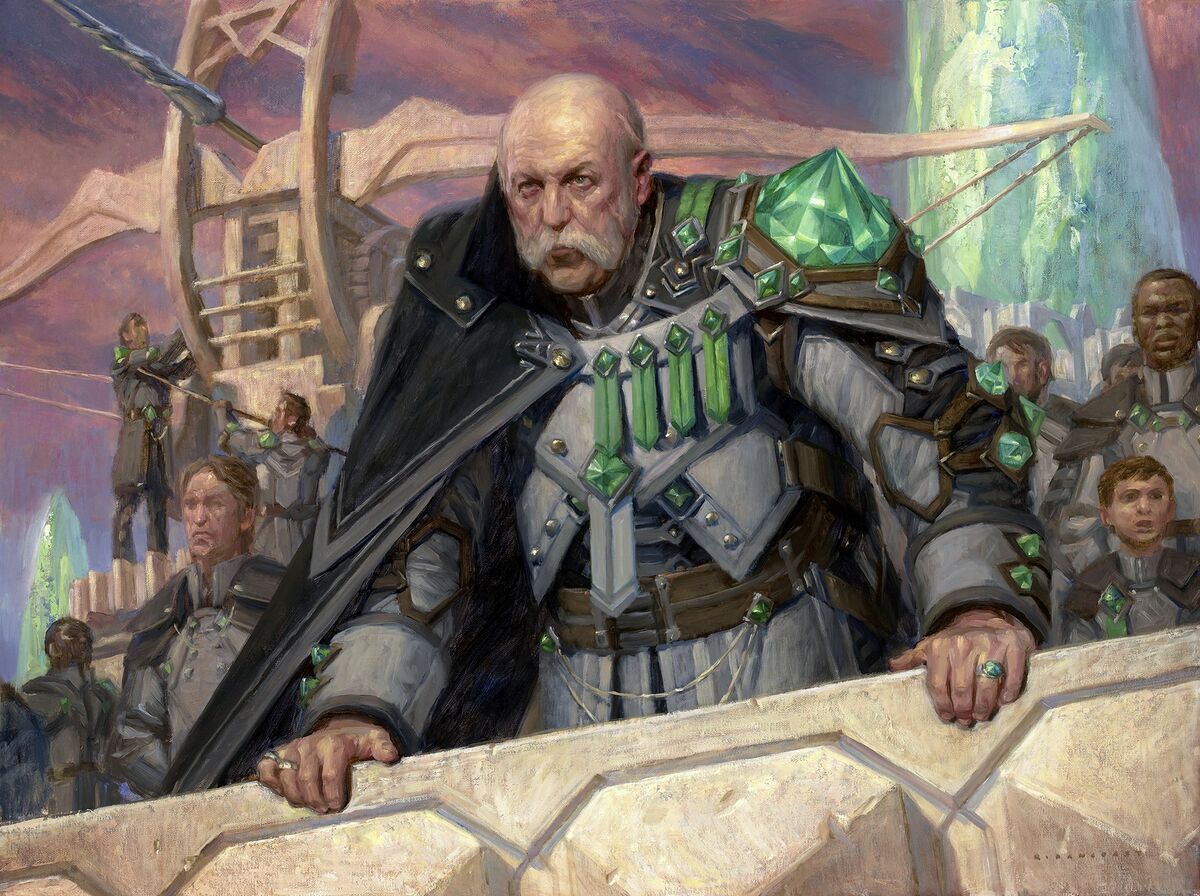 Hello everyone, and welcome back to LegitMTG. My apologies for skipping a week with my articles. I had emergency dental surgery, and during that time I was also moving into my house. There was a lot going on (and still is), but now it’s time to soldier on. I hope you all are well, and staying safe.

Last time I looked at some cards that have caught my interest from Ikoria: Lair of Behemoths. We have creatures with a new mechanic called Mutate, Cycling has returned, and more. However one of the things that really caught my eye were the new Humans in the set. This caused me to start brewing some ideas based around these new cards to see what a deck would look like, and that will be the focus of today’s article. With all of that said let’s dig in.

General Kudro of Drannith was the card that caused me to pause, and look at the Humans available. This card has three abilities:

Those are all pretty strong abilities on their own, and only one of them requires an activation cost. As we learned from War of the Spark’s planeswalkers static abilities are really strong, and with there being a relevant creature type here there’s a lot to work with. Oddly enough there aren’t many Humans of these colors that are also Soldiers. In fact it’s just this, and General’s Enforcer in all of Modern. So not only is this unique, but we need to focus on one of the two colors needed to cast the General.

After reviewing General Kudro his abilities lean heavily towards an aggro deck, and one that utilizes his second ability when another Human enters the battlefield. With that in mind the most obvious inclusion when we start building a deck is Aether Vial. So with the General, and Vial at the top of our list we have a direction. Let’s take a look at a deck.

You are an aggro deck so you want to be as low on your converted mana costs as much as possible. You’ll be able to get ahead of other strategies by playing more than one spell a turn, and this will help achieve that goal. Another reason to keep the cost down is in the event you are missing Aether Vial, however if you have the artifact out on the battlefield then putting creatures into play on your opponent’s turn will be very beneficial to your path to victory.

Why you should play Orzhov Humans

Why you don’t want to play Orzhov Humans

While it is true that the deck does have a lot of small creatures damage each turn does add up. Opponents are oftentimes playing shocklands untapped, and sometimes even using fecthlands to do it. As an aggro deck you need to take advantage of this situations and press the attack. You will also want to use your life as a resource. While you do have Thraben Inspector to help draw cards it’s Dark Confidant that will keep your hands full. Don’t be afraid to sacrifice him using General Kudro’s ability, and then put another Dark Confidant into play via Aether Vial to keep fresh cards coming.

I didn’t include a sideboard as this is a brew, and would need to be tailored to your metagame. Let’s take a look at some options.

While General Kudro can help attack graveyards sometimes he may arrive too late. This is where his magistrate will help. Sideboard cards need to be flexible, and this one sure is. It helps against graveyard decks that use spells with Flashback, cards with the Suspend mechanic, and stops the extra spell from a Cascade trigger from happening. This is worth several slots.

I wanted to find room for this in the main deck, but we need all the space we can for creatures. While Path to Exile is really efficient it does provide your opponent a land. Dire Tactics though does not. There is also no drawback for you as all of your creatures are humans. If you are able to make room for this you can bring in one or two from the sideboard. However there might be a better removal option available.

Big Game Hunter is one of my all time favorite cards. It has an ability when it comes into play that can help deal with a large blocker, but at three mana it might be a challenge to cast it let alone use Aether Vial.

…but what if your opponent caused you to discard it?

This is the tool you want to bring in against Jund, and decks running Liliana of the Veil with creatures on the board. If they curve out playing Tarmogoyf, and then play Liliana of the Veil to discard a card from your hand you can cast this for it’s Madness cost, and kill their Tarmogoyf. It’s also a Human so it will trigger Thalia’s Lieutenant when it comes into play, and be a 2/2 when General Kudro is in play. You also won’t get taxed by your own Thalia making things even better for you, and worse for your opponent. Not bad for a seemingly little creature.

These are just a few options to consider when forming a sideboard for a deck like this. There’s a lot to brew with here, but you want to identify the decks you want to beat with your sideboard cards, and the decks you feel you have a good chance against with mostly your main deck intact.

Tribal decks have been a part of Magic for nearly the entire existence of the game. The more sets that are printed the likelihood we are going to receive new tools for them increases, and in this case it’s some new Humans that we can now add to the mix.

What are your thoughts on this deck? How would you build Orzhov Humans? Are there cards you have tried already? Is there a home here for General’s Enforcer too? Please leave a comment below, and follow me on Twitter as well as Facebook.

Well it’s time to talk about the elephant in the room. We’ll chat about Companions, and their impact on Magic.