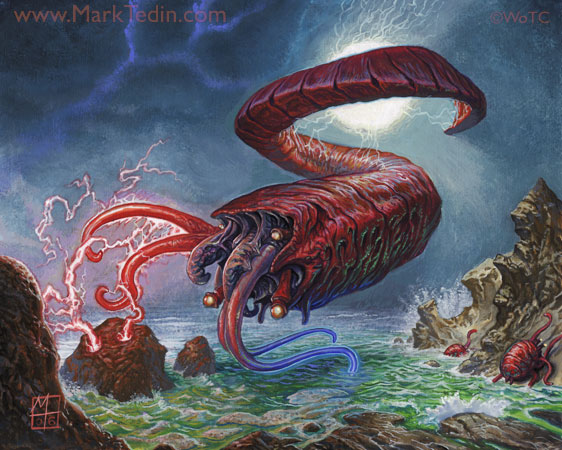 Hello everyone, and welcome back to Legit MTG. I hope you all have been well, and have enjoyed a lot of things that Magic: the Gathering has offered. While we are in the midst of Double Masters previews, getting ready for Zendikar Rising, playing limited events with Jumpstart, or building decks with dogs or cats, I wanted to take a moment to talk about my favorite pets. Pet cards that is.

What is a “pet card”? Well there is no clear definition to one, however generally speaking it’s a card that you like which you include in your deck regardless of how good it is in the eyes of tournament play. These are cards your opponents may have to read (and re-read), because they don’t encounter them normally in play as decks for tournament play are more fine tuned than ever before. Today I’ll go over a few of my favorite pet cards, and decks I would put them in. Usually they come out of the sideboard, but there may be a few in the main deck or some that can be built around.

Immolating Glare: This uncommon from Oath of the Gatewatch is what us control players all want, right? Instant speed creature removal? A “Doom Blade” type of effect? The creature only has to be attacking for this spell to have a valid target so a creature having vigilance doesn’t prevent it from being cast. At two mana it gets around a Chalice of the Void with one counter on it.

So why doesn’t it see play? I honestly don’t know. A lot of players say it’s “bad”, but again those are players who play at high level tournaments where “the best cards” are already defined. I could see running a pair of these, at most, in the sideboard of any white based midrange or control deck if you have room. As long as the opposing creature does not have Indestructible then you’ll catch your opponents off guard.

Orator of Ojutai: Did you ever play with Wall of Omens? That card was pretty sweet, right? What if you could have one that had flying? Well here it is. For the low cost of confirming to your opponent you are on Esper (or maybe Jeskai?) Dragons by revealing Dragonlord Ojutai, Dragonlord Silumgar, or any of the other dragons you may have in your deck you get to draw a card when this comes into play.

So why didn’t this card see play? Well there was this card for the same mana cost named Jace, Vryn’s Prodigy, and the rest is history. Running cards such as Silumgar’s Scorn, Transgress the Mind, and Grasp of Darkness also made the two mana spot full of options in a deck named Esper that truly only splashed white for one card.

Draining Whelk: Let’s take a look at this gem from Time Spiral. It flies, can be cast at instant speed, can’t be countered by Dovin’s Veto, and can be a finisher. This seemingly innocent 1/1 can be a clutch counterspell late game as it doesn’t become a 1/1 when it enters play. Similar to how Mana Drain provided you colorless mana this callback adds +1/+1 counters to itself upon resolution.

So why doesn’t this see play? That’s a great question, however after the printing of Mystical Dispute it’s going to be hard to cast this unless you have a Teferi, Time Raveler on the board. While “it dies to removal” is also not a great answer it is one, but don’t let these things stop you. Nothing feels greater than countering Ulamog, the Ceaseless Hunger, and having an 11/11 in play.

Jace, Memory Adept: A Planeswalker? As a pet card? Absolutely! This card has been in and out of my sideboards over the years, and I have had many moments where the opponent’s friend states “you can’t beat that card” as I proceed to mill ten cards out of their library.

So why doesn’t this see play? It has the same problems as Draining Whelk. The sideboard for blue based control decks are pretty tight already, and there are multiple ways to deal with planeswalkers now beyond just attacking into them. However don’t let that prevent you from sleeving one up. The look on your opponent’s face when this lands is priceless.

Murderous Cut: What if I told you that you can destroy any creature for the low cost of one black mana just for playing the game? Well with this you can! Delve is a mechanic that can be great, or busted, and usually leans towards the latter. In Modern you have fetchlands, multiple instants as well as sorceries, so delving away unwanted cards can be pretty easy.

So why isn’t this seeing play? Fatal Push. That’s about as simple as I can answer that. With Fatal Push taking care of the smaller creatures spells such as Assassin’s Trophy, Path to Exile, and even Terminate (just to name a few) are dealing with creatures enough to warrant not needing this.

Phyrexian Arena: Of all of my pet cards this one takes the top spot. When I got back into Magic: the Gathering, and wanted to take my first steps into Friday Night Magic, this was the card I wanted to play with. A lot. Even though Dark Confidant was far superior. While a staple of Commander decks this card will always be near, and dear, to my heart.

So why is it not seeing play? It’s too slow, and Narset, Parter of Veils exists. You could play this in a deck, but you have to keep in mind there are faster decks out there, and have a plan against your opponents. Playing this on turn three, and having to wait a turn to get any value out of the card does not seem great.

Bogardan Hellkite:Red is the color of dragons, and there are a lot of big ones in the game. What’s great about this card, aside from it being Trogdor, the Burninator, is it has flash. However when I played with this in Standard it was coming into play via Jhoira of the Ghitu.

So why doesn’t it see play? Simply put no one plays Dragonstorm anymore. That’s where it would see the best chance of any play.

Stromkirk Noble: An all-star back in the days of Rakdos Vampires when it was in Standard this creature can grow pretty quickly if given the chance. Run this with a few Vampire Lords, and those few +1/+1 counters will seem larger than what they are.

So why doesn’t it see play? To be honest I don’t know. For at least an FNM deck I think an aggressive vampire deck could see some play. We have removal in Lightning Bolt and Fatal Push allowing one to clear the way early on if needed.

Nissa, Vastwood Seer: I have always been fascinated with this card. Sure you can’t transform her unless your seventh land comes into play, however she will immediately summon a 4/4 elemental.

So why doesn’t it see play? Well we have the Phyrexian Arena problem. It’s too slow. Sure you can find a basic land from your deck when Nissa comes into play, but unless it’s the seventh land you just have a 2/2. If I played this anyway it would be in a Golgari Midrange deck.

Seal of Primordium: I love the cycle of Seals. These enhancements which duplicate effects of spells allow you to spend your mana now, and get the effect later. I have had this in and out of sideboards for Jund, Tron, and other decks over the years. I really like it along side Tarmogoyf as it may wind up growing your Lhurgoyf by two.

So why doesn’t it see play? Honestly it’s probably a bit narrow. If enchantment based graveyard hate becomes problematic I can see running one of these again. This is also good to play against Stoneforge Mystic decks as the ability on the card allows you to get around Teferi, Time Raveler halting your instant speed spells.

Assemble the Legion: This enchantment is awesome. Possibly seen in some Boros Prison deck I enjoyed it a lot in Standard being able to make a ton of hasty 1/1 creatures every turn.

So why doesn’t it see play? Simply put a five mana spell that makes a 1/1 hasty creature when it resolves. The rate on the surface is not great. This is a sideboard card at best, but oftentimes you can find ways to win the game with five mana that does not require this.

Tezzeret, Agent of Bolas: The artifact master himself requires you to build a deck around him, and shove it full of artifacts. At least ⅓ of your deck should be of that type to make use of his abilities, and if constructed right could be a potent weapon against many opponents.

So why doesn’t it see play? It does, kind of. It was in the board of some Urza, Lord High Artificer decks in Modern, but outside of that he will see casual or Commander play. I recently built a deck around him that you can read here.

Door to Nothingness: When your metagame is slow, and you can build up enough mana, you theoretically could play this as an alternate win condition. I almost pulled it off once. In Magic 2013 Limited (Sealed) thanks to three Farseeks in my pool. With ways to untap artifacts, and Chromatic Orrery, could we see someone winning the game in this magnificent manner soon? Hopefully.

So why doesn’t it see play? It’s slow. There’s decent artifact removal. Someone has not built a deck with it yet. Those are probably the three main reasons to be honest. However if you can find a way to do it outside of Commander I want to know.

Mystifying Maze: Now this is a deep cut. While nowhere near Maze of Ith being able to remove a creature from combat can keep one alive until a board wipe is found. This is assuming the opponent has a creature attacking you.

So why doesn’t it see play? While exiling tokens would remove them from the game there are creatures that have come into play abilities which would trigger again. There’s also plenty of land destruction around in Modern, and for some decks there’s not enough space for utility lands. It might find a home in a casual deck somewhere, but it will be hard for this to do a lot of work.

While a lot of these cards may not seem great remember they are pet cards meant to be fun additions to a deck. Something to try. Something to play when you want to experience the game from a different perspective. In a sea of endless optimization where the best decks, and best cards, seem to rise to the top (and then the community complains incessantly until there is a ban) it’s nice to think outside of the box once in a while. You may also surprise yourself by snatching a few wins along the way.

What are some of your favorite pet cards? I know you have some. Leave your comments below, and follow me on both Twitter as well as Facebook.

I will return with more musings about Magic: the Gathering with a brand new article series. Stay tuned.