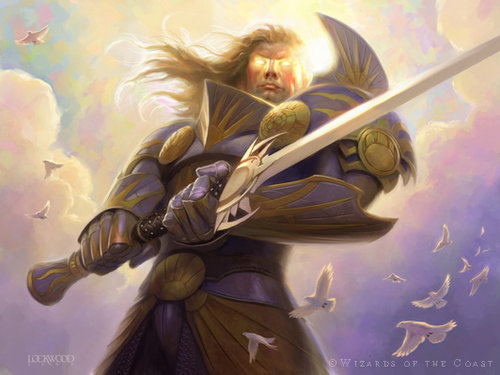 Hello everyone, and welcome back to another article here at LegitMTG. By the time you read this the new set Ikoria: Lair of Behemoths will be available in paper. Each time a new set comes out there is a desire to try new cards, or even build new decks, for competitive play. However, what if you just wanted to play casually with friends or family while you’re at home? What if you wanted to see how decks from Standard’s past would play against each other? Let’s take a look at a few of my favorite decks from the past.

…but first, some news.

Recently my friend Joe Dyer & I started a podcast called The Astrolab Podcast. If you’re reading this our most recent episode is ready to listen to. Come find us on Twitter for more details.

…and now on to the decks.

From the era where cards from the Shards of Alara, and Zendikar blocks were legal we have a midrange deck with Jund. Golgari based midrange decks have been popular in Magic: the Gathering a long time, and prior to this era we had decks based around Doran, the Siege Tower when Lorwyn was legal. Combining elements of efficient creatures, cheap removal, and hand disruption this archetype solidified itself as the perennial “good stuff” deck.

With Jund you want to pick off early creatures with Lightning Bolt, or Terminate followed by a creature of your own. Using cards that can either strip cards from your opponent’s hand, or find you extra lands for your game ending spells will be what puts you ahead. Similar in many respects to its Modern counterpart this is the version of Jund that gave us the debut of Bloodbraid Elf. The Cascade mechanic led to many big plays allowing you to use Bloodbraid Elf to cast an extra spell, as long as it cost less than the elf, the turn you play it. Sometimes you could get more value out of Bituminous Blast on your opponent’s turn allowing even more cascade shenanigans.

If you want to add cards beyond this era to the deck for your home casual play look for creatures that provide value either once they enter, or through multiple turns. Creatures such as Bloodline Keeper, Olivia Voldaren, and Vampire Nighthawk are examples of this. Those were creatures often found in Jund lists during the Innistrad and Return to Ravnica blocks of Standard. Murderous Rider, and Bonecrusher Giant provide a lot of value with the Adventure mechanic, and of course you can’t go wrong by adding Liliana of the Veil.

Solar Flare was an Esper tapout control deck that looked to keep the board cleared until it could play it’s biggest threat to win the game. Originally named that during the name came about during the era with Champions of Kamigawa and Ravnica: City of Guilds blocks, but really gained its foothold when the Kamigawa sets left to be replaced by the Time Spiral block. Using cards like Zombify to reanimate an Angel of Despair, or Akroma, Angel of Wrath was the primary path to victory. Once sets left Standard the archetype dissolved, and time moved on…until we reached Innistrad. With Scars of Mirrodin and Innistrad blocks holding down Standard this archetype was back, and in my opinion a lot better.

Your spells will help you outdraw your opponent, remove their creatures, and counter key early spells to maintain tempo. Don’t worry about cards going to the graveyard as that is where you want them to use later in the game. Even if you have to discard cards due to your own Liliana of the Veil that’s fine as your opponent will also be losing cards. Once you have the advantage, and the mana, cast your Sun Titan as it will provide a permanent (of converted mana cost 3 or less) in your graveyard to put into play on your side. Just like with the above example with Bloodbraid Elf cascading into another card you can cast Sun Titan provided value when he entered, and when he attacked. Combining this with Phantasmal Image, and suddenly you have two titans for your opponent to deal with. Along with other value cards such as Lingering Souls, and Elesh Norn, Grand Cenobiteyou were able to pull ahead of the aggressive decks on your way to victory.

To add to the deck I think you would first want to stick with Sun Titan, Phantasmal Image, and Liliana of the Veil. Having these three as the core of your deck will help you flush out the rest as it is your main strategy. For other cards I would keep Lingering Souls due to the value that card provides, but other options to include with it could be Fatal Push, or Path to Exile. Having cheap removal can help you deal with problem creatures really early, and not tie up your mana for when you need to cast two spells in a turn. If you have a Snapcaster Mage needing a home this would be a good place for it as your spells can use another casting, and later on he can come back via Sun Titan’s trigger, and allow you to cast a spell if you have the open mana. You don’t need a full playset either. Just 1, or 2 is fine. You can even supplement the strategy with some targeted discard spells such as Thoughtseize, or Inquisition of Kozilek, however Collective Brutality allows you to escalate its effect by discarding a card. In a deck where you want to reanimate permanents that might be a thing to look into.

As many of you know at my core I am an Azorius control player. I love to play Counterspell, board wipes, and planeswalkers. Rarely do I want to play at sorcery speed. During the time where we had Return to Ravnica and Theros blocks I was able to do that. A lot. Backed by the powerful spell Sphinx’s Revelation, and along with Elixir of Immortality you never ran out of cards.

Play your lands that come into play tapped early, especially Temple of Enlightenment, as by turn three you’ll want to counter an early spell with Dissolve. Keep the board clear with Supreme Verdict, or if needed Planar Cleansing, and cast them at instant speed with Quicken to catch your opponent by surprise. Jace, Architect of Thought can provide a lot of defense if your opponent was able to recover quickly, or help you find Sun’s Champion, Aetherling, or another spell to put you farther ahead of your opponent.

Even after these sets have long left Standard there are cards you can add to the deck (assuming those you play with are ok with you playing a deck many players hated facing). Blessed Alliance is not only a card that causes your opponent to sacrifice an attacking creature, similar to Celestial Flare, but you can also gain 4 life with it. Opt, and Omen of the Sea are excellent additions to help you draw cards, and scry away cards you don’t need to draw, all at instant speed. Gideon of the Trials can be a solid follow up play after casting Supreme Verdict forcing your opponent to play more creatures allowing you more time to find your next board wipe.

I still have these, and other decks I used to play in Standard. I keep them around to casually play against those who may not play tournament level Magic, or to duel with a friend in between rounds at a tournament. Just because a card, or a deck, leaves Standard does not mean it has lost all of it’s value.

New cards will always enter the Standard format, and sometimes that means our favorite deck may not be as good as it was, or it could be even better. However it doesn’t mean we have to get rid of those cards. Having the deck still put together allows you to still practice the fundamentals of the game, and perhaps play a few underpowered games with a friend who casually plays Magic, but maybe has never played at the store level. Sometimes those games can be more memorable than the last competitive event you played in.

What were some of your favorite decks from Standard’s past? Do you still have them built? How well did you do with them? Let me know by leaving a comment below, and follow me on Twitter as well as Facebook.

While I love Azorius based control decks I do love Golgari based midrange decks as well. What if I made a three color deck based on that style and removed…green? Stay tuned.